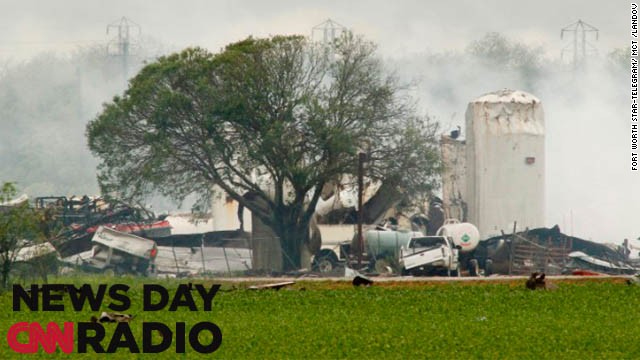 Debris litters fields around a fertilizer plant in West, Texas, on Thursday, April 18, 2013. Much of the small town suffered damage when the plant caught fire causing a massive explosion Wednesday night. Authorities are still trying to determine the death and injury toll.
April 18th, 2013
04:43 PM ET

"We have to get it in a form that usable, and that's what they were doing at the West, Texas plant and other chemical fertilizer plants."

"We don't think this has stopped and we're not about ready to walk away from the fight. We don't think we've won. We need some vigilant action."