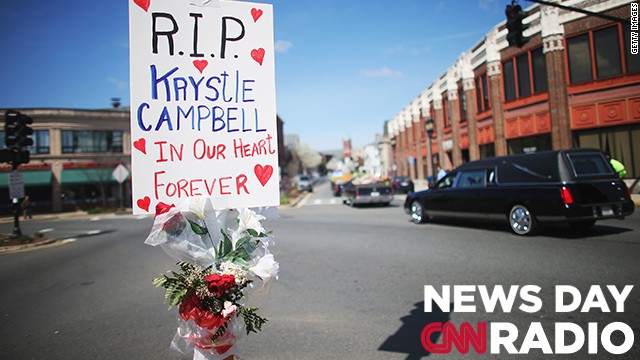 April 22, 2013, Medford, Massachusetts. The funeral procession passes a sign for 29-year-old Krystle Campbell, who was one of three people killed in the Boston Marathon bombings.
April 22nd, 2013
04:47 PM ET

"When we came out and she sat and started crying I thought, 'okay you blew this. This is not gonna work'"

“I kinda like the manual scoreboard with the guy in the back sweating in 120 degrees turning the numbers .”