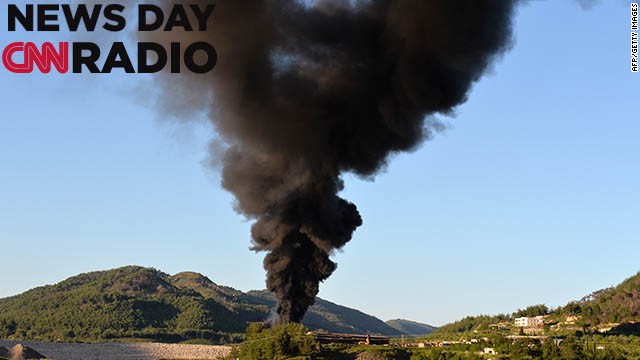 Smoke rises after shelling on al-Turkman mountains in the Latakia province, western Syria on April 25, 2013. The White House said that Syria had likely used chemical weapons against rebel forces on a 'small scale,' but emphasized US spy agencies were still not 100 percent sure of the assessment.
April 25th, 2013
04:42 PM ET

"The U.S. is really on the seat now to take action. Because if it doesn't take action, and indeed chemical weapons have been used, then it looses credibility with all sorts of important players in the region going forward."

END_OF_DOCUMENT_TOKEN_TO_BE_REPLACED 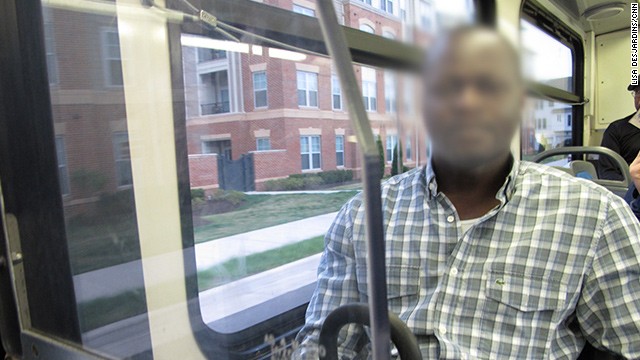 Hamidou, an undocumented immigrant from Mali who overstayed his Visa, takes the bus to work.
April 25th, 2013
04:41 PM ET

Living in the US quietly illegal

Alexandria, Virginia (CNN) - Hamidou, who we are identifying only by his first name, never goes inside his bank. He deposits his pay outside at the ATM. He also does not drive. And he definitely does not go to bars or any place there is a crowd.

The Mali native does this not just because he's in the United States illegally, but because he now believes he's within sight of a new law that will give him legal status:

[3:17] "I’m...basically waiting for the new immigration reform, I’m hoping that will be a good thing for me. Be able to be a citizen or have a legal status in this country. All over the world, wherever you go, people envy, people envy Americans. They want to be in the United States." END_OF_DOCUMENT_TOKEN_TO_BE_REPLACED

(CNN) - A 99-year-old Chicagoan is considering a face lift. Chicago’s Wrigley Field is the second-oldest American ballpark after Boston’s Fenway Park. Over the past 80 years, the stadium has received only incremental changes. It still uses a manual scoreboard, with a crew of up to four people to operate it.

But the park may soon face change at a scale not seen in decades.

The owner of the ballpark’s resident baseball team, the Chicago Cubs, is proposing a $500 million renovation plan that would add a 6,000-square-foot video screen and a 1,000-square-foot billboard, along with even more advertising signs outside the stadium.

The Cubs also want to expand two of Wrigley Field’s walls, taking over parts of adjacent streets. And they want to build a hotel and a public plaza next door.

[1:52] “This plan will help us close the gap with newer, more economically efficient ballparks. And preserve Wrigley Field for the next generation of fans.”