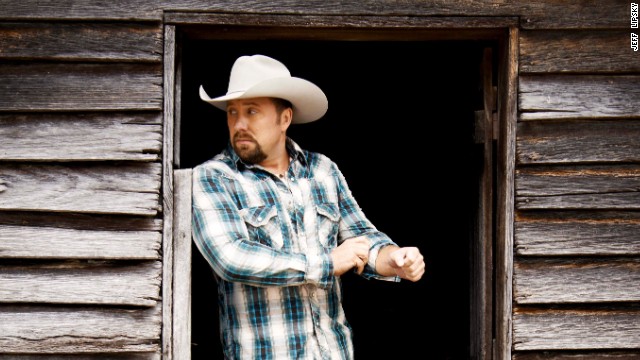 (CNN) – For a long time, Tate Stevens enjoyed the life of an Average Joe with a golden voice. All of that changed when Tate became the winner of FOX's "The X-Factor" Season 2.

Tate sat down with CNN Radio Music Notes to talk about his backstory, the process of recording his self-titled album on Syco/RCA Nashville and his thoughts on the current state of country music.

Before he was ever a potential star in the music scene, he was a little kid sitting on his dad's lap singing Merle Haggard tunes and by 16-years-old , he knew what he wanted to do in life:

After a failed stint with his old band, Dixie Cadillac, Stevens had to get a job to support his family and then "The X-Factor" came calling. Now, Tate has his debut album, "Tate Stevens," out in stores, he says the stakes in his life have never been higher: