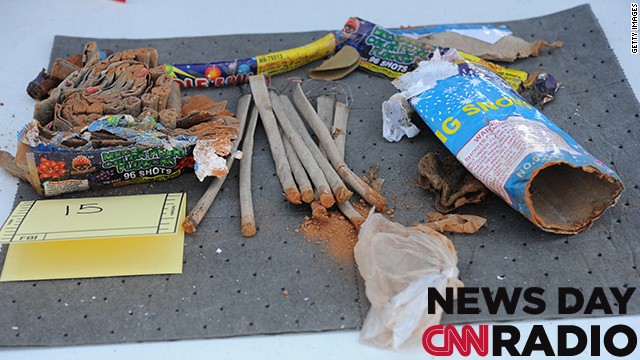 A collection of fireworks found inside a backpack that belonged to Boston Marathon bombing suspect Dzhokhar Tsarnaev.
May 1st, 2013
04:43 PM ET

"They removed that (backpack), at least one of them, put that in a black trash bag and into a dumpster, and that was then taken to a landfill. Investigators later found that backpack in the landfill with those items in it."

"It's absolutely heartbreaking. Baghdad is still a city of check-points and blast-walls. People continue to be fearful that when they leave their homes they may not be returning at night."

“It could potentially throw off the ecological balance... You know it could attack and feed on the other fish that are there which could disrupt the water body."