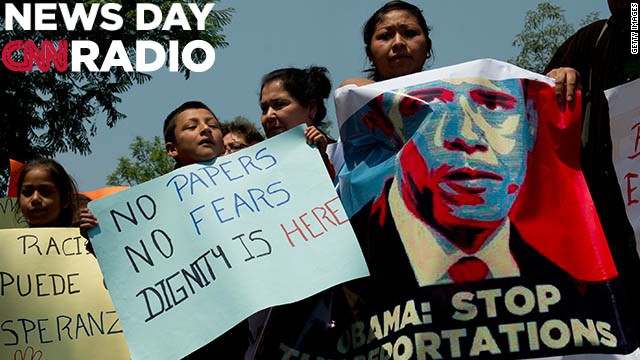 Children born in the U.S. and deported to Mexico take part in a protest at the start of U.S. President Barack Obama's visit to Mexico.
May 2nd, 2013
04:47 PM ET

"I was not trying to avoid being arrested. And uh, there was nothing. And I kept walking and kept walking. And while it was still light I began to see buildings in Nogales, Arizona."

“It's everything that I want to say that I stand for if I get to win the Kentucky Derby...and that is a major goal of mine."