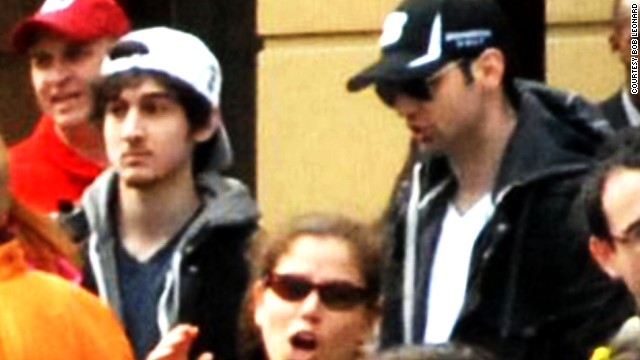 The Tsarnaev brothers on April 15th, behind barricades at the Boston Marathon, before the bombs went off.
May 2nd, 2013
10:22 AM ET

Should the Tsarnaevs have been here?

(CNN) - Let’s face it: there is a politically sensitive immigration question about the Tsarnaev brothers, who are accused of carrying out the deadly Boston Marathon bombing.

Why were they here?

It’s so sensitive, of course, it’s mostly the familiar critics of the nation’s immigration policies who are voicing it.

But they’re not the only ones, if you dig a little.

Robert Baer, the retired CIA agent who spent part of his career in the former Soviet Union, asks the uncomfortable question on the Tsarnaevs – who are ethnic Chechens from Russia’s Northern Caucasus:

[0:37] “The point is – Should they have been here? Were they truly political refugees?”

And if the answer to those questions is no, what does that say about how America deals with refugees and asylum seekers?

Listen to our full story in the player above.