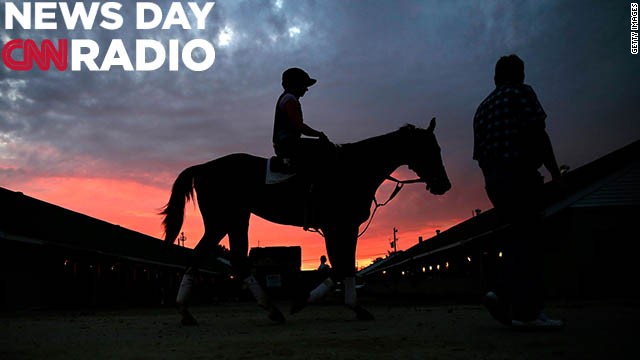 Horses in the stable yard during morning workouts for the Kentucky Derby at Churchill Downs in Louisville, Kentucky.
May 3rd, 2013
04:41 PM ET

"There's some reason to believe that the sequester related slow down in defense spending is having an unusually large impact here.

"This is nothing new for Michael Bloomberg. He has talked about gun violence almost from the first day he took over the mayor’s office in New York. But lately, it seems like he’s made this his number one priority. "  And Kastenbaum reports even if you don't live in a major city you might soon hear Bloomberg's message thanks to ad buys.

"Sometimes when horses have failed, like Smarty Jones or Funny Cide, people have joked that those names weren't good enough to be Triple Crown winners."