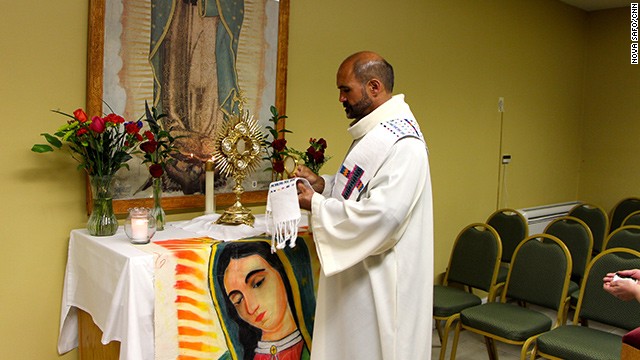 Chicago, Illinois (CNN) - A Chicago priest is making headlines for having done something that likely no other American has experienced: he crossed into Mexico – and then crossed back into the U.S. illegally. He says he did it to understand what many in his mostly Latino congregation have gone through. And he has a message for them: apologize if you’ve come here illegally.

Father Gary Graf of Chicago’s Saint Gall Catholic church on the city's south side serves a predominantly Latino and immigrant part of town. He’s a charismatic figure, in his 50’s and in good shape. He used to be a boxer and he’s got a deep, dark tan. The tan is the result of his walk through the desert at the U-S-Mexico border, where he crossed back into the U-S illegally.

[1:25] “I’ve lived in Mexico, know language, culture. Lived among them here in the states. But have never experienced getting here the way they got here – the vast majority of them,” he says.

The experience, he says, has resulted in a simple message to illegal immigrants: