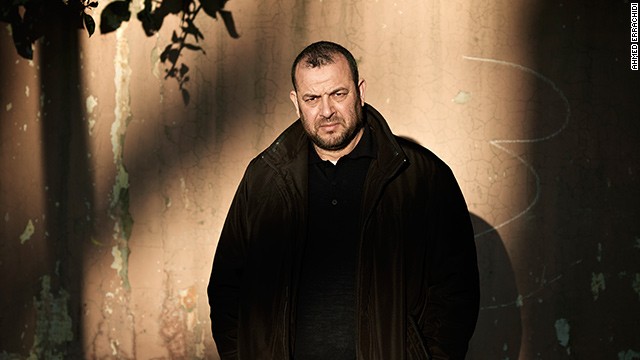 Ahmed Errachidi, nicknamed 'The General,' was falsely detained at Guantanamo for more than five years.
May 9th, 2013
09:53 AM ET

(CNN) - The Guantanamo Bay terrorist detention facility has been troubled since it opened in 2002. Last week President Obama renewed his pledge to close it:

One hundred Guantanamo detainees are currently on a hunger strike protesting conditions and their continued detention without trial. According to the Department of Defense, 24 of the hunger strikers are being force fed with three of those being watched at a hospital.

Here is one man’s story that underscores the problems with Guantanamo, the seemingly random rounding up of suspected terrorists:

Ahmed Errachidi, a Moroccan citizen, was trying to raise money in 2002  for a heart operation his young son needed.  His idea was to import jewelry from Pakistan, but he was kidnapped by Pakistanis, sold to the Americans for bounty and taken to Guantanamo.

He spent over five years in detention, before a lawyer was able to prove that Errachidi was only a cook and not a terrorist:

Errachidi wrote a book about his years at Guantanamo titled, The General: The Ordinary Man Who Challenged Guantanamo.

Listen to our podcast to hear more of Errachidi's story.