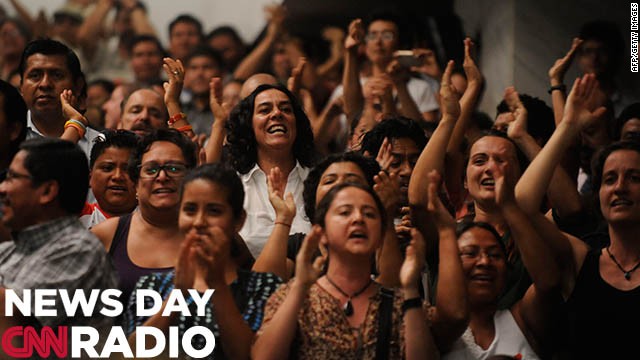 People in Guatemala City celebrate after learning of the sentence given to former de facto President, retired General Jose Efrain Rios Montt at the end of his trial on charges of genocide.
May 14th, 2013
04:25 PM ET

"I've been a prosecutor since 1976. And I have to say that this is among, if not the most serious, it is within the top two or three most serious leaks that I've ever seen. It put the American people at risk... And trying to determine who is responsible for that, I think, required very aggressive action."

"You know, we're dealing with the first time in history a head of state has been tried and convicted of genocide and crimes against humanity. First time ever."

"I believe the pro-life community is winning the battle for the hearts and minds of the American people on this issue and the Gosnell trial is simply going to provide some additional impetus to that."