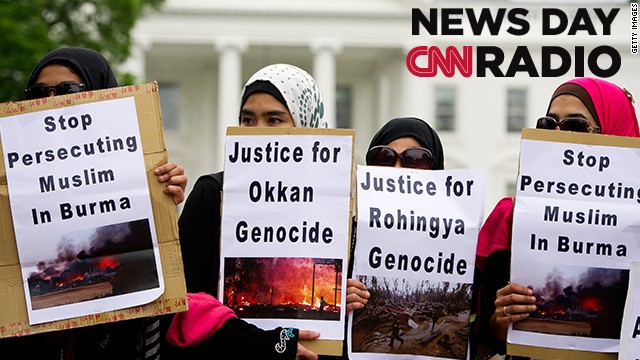 A group of muslim protesters demonstrate against Burma's President Thein Sein's US visit outside the White House Monday.
May 20th, 2013
04:39 PM ET

"I myself am amazed at the speed of the improvement of our bilateral relations. But there are no permanent friends or permanent foes in international relations."

"My mind is blown...everything's gone. It's traumatic. I don't know what to think.'"