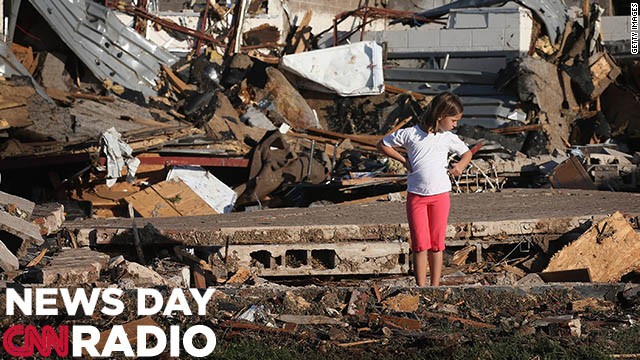 Macie Thompson looks over damage at Briarwood Elementary School after a powerful tornado ripped through the area on May 21, 2013 in Moore, Oklahoma.
May 22nd, 2013
04:23 PM ET

"It's overwhelming, but there's a patch of green grass over there, and it wasn't there 15 minutes ago."

END_OF_DOCUMENT_TOKEN_TO_BE_REPLACED 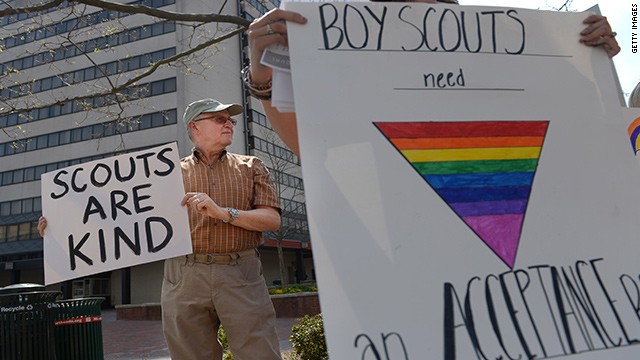 (CNN) – The Boy Scouts of America will hold a controversial vote at its annual meeting this week that could open the door to gay Scouts to join the more than 100-year-old organization. The new resolution however would keep out gay adult leaders.

If the resolution passes, it could mean that many conservative and church sponsors of troops may cancel those sponsorships, leaving troops without a place to meet.

Reverend Earnest Easley, Senior Pastor of the Roswell Street Baptist Church in Marietta, Georgia, said his church could no longer sponsor the Boy Scouts if they admit openly gay boys:

[0:57] “We cannot be a sponsor of any group that openly embraces a moral agenda contrary to our beliefs.” END_OF_DOCUMENT_TOKEN_TO_BE_REPLACED