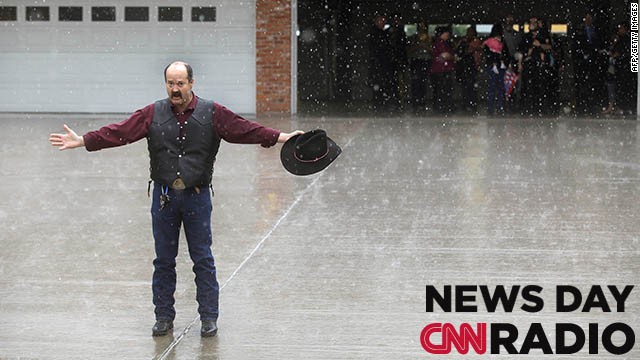 A man yells at the media asking them to leave after attending a memorial service for nine-year-old Antonia Candelaria at Vondel Smith Mortuary South Colonial Chapel on May 23, 2013 in Oklahoma City, Oklahoma.
May 23rd, 2013
04:37 PM ET

"The decisions we are making now will define the type of nation and world that we leave to our children."