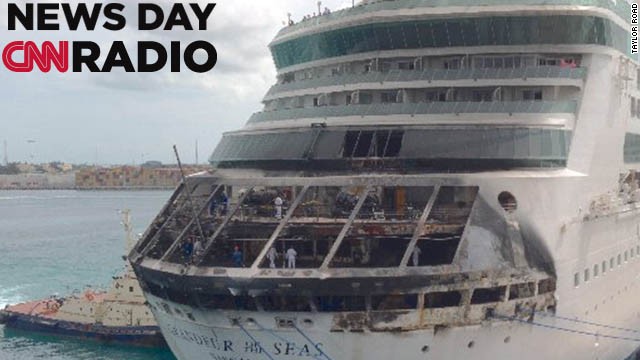 A Royal Caribbean International ship was diverted to a Bahamas port on May 27, 2013 after an early morning fire prompted the crew to send hundreds of guests to the decks with life jackets under the night sky.
May 28th, 2013
04:31 PM ET

"It's really a furious time among the court, just as Ruth Bader Ginsberg calls it 'the flood season'."

“We were basically shoulder to shoulder. It was a ton of people who were just as terrified as we were.”

“I had an older brother, and so I just wanted everything that he had.  I wanted his life, and all his clothes and every sport that he did. His identify fit more than mine did.”