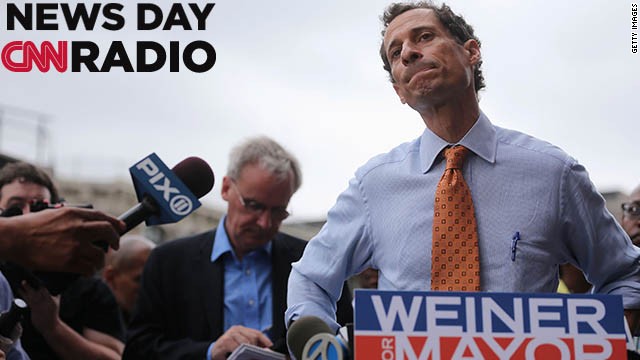 Anthony Weiner listens to a question from the media after courting voters outside a Harlem subway station a day after announcing he will enter the New York mayoral race on May 23, 2013 in New York City.
May 30th, 2013
04:31 PM ET

"A recent poll from the Marist Institute of Public Opinion showed that 53% of voters in New York feel Weiner deserves a second chance."

“ The biggest question is whether we can both come to some kind of agreement that we should stop doing this.  I mean, what are the stakes now in all this mutual spying?"

“The State Department is aware of the situation and is in talks with the Mexican government.”