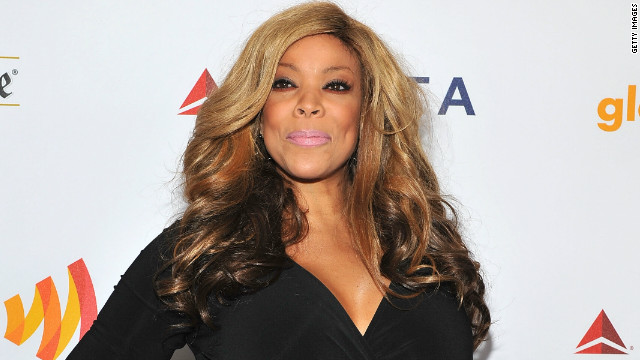 (CNN) - I think I hit the jackpot when I sat down with Wendy Williams for this CNN Profile.

She may be Exhibit A in the case I’ve been building since I turned 50 to destroy the myth of the 18-49 demographic.

The “demo” is the age group that advertisers having been paying top dollar for on network television for the past half century or so. In fact, some advertisers won’t pay for any audience members outside that demo.

If any advertiser or network executive would like to inform Wendy Williams she will soon be kicked out of your target “demo,” please leave your name and job title in the comments section below. We’d like to hear from you.

For those of you who are as out of touch with daytime popular culture as I am, Wendy is one of America’s most popular TV talk show hosts.

Her fans love the way she speaks her mind. She has just written an advice book called Ask Wendy, where she gives her characteristically direct answers to a wide range of questions that have to do with life’s dramas.

Even though Wendy’s not a singer, she’s about to have her Broadway debut in the musical, Chicago, doing the role Queen Latifah nailed in the movie version.

So how does Wendy Williams destroy the myth of the 18-49 demo (and, by the way, there’s a little more leeway in her morning time slot – where women up to the age of 54 are valued.)

She destroys it, as you’ll hear in this CNN profile, with the way she approaches being at “the front door of 50.”

She destroys with the way she has patiently built her career over nearly three decades, from radio host to TV host, to author, to Broadway star.

She destroys the myth of the 18-49 demo because, like so many bright, energetic, ambitious women and men of a certain age, she is more influential now than she’s ever been.

So please allow me to introduce you to a major celebrity I’d never heard of before I spoke to her for this CNN Profile.

When I told her I’d never heard of her she did not miss a beat: “My goal right now is to convince you that I am worth your time when you get it.”