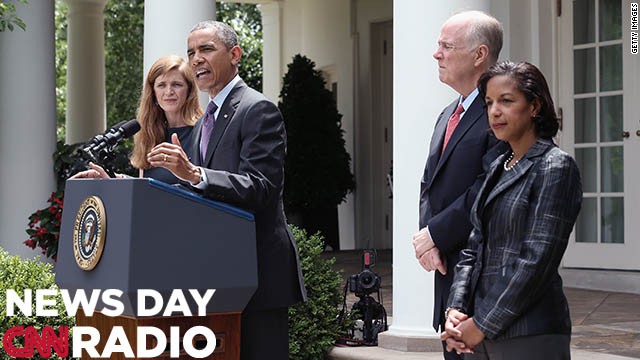 "Conservatives in Congress saw this as the president taking a shot across their bow, because this position is not subject to Senate confirmation like, for example, secretary of state which she'd previously been considered for... So this has a lot of congressional critics frustrated."

“You can't make any reports which ware assumptive of guilt. You cannot provide any information about a defendant's bad character or indeed their previous convictions."

"You had what was going on in the kitchen area, or the pantry area, which none of us could see 'cause the door was closed, but we knew something awful was happening back there. People were screaming. Young girls who were still wearing the little straw hats from the campaign were standing there sobbing. It was a very, very sad scene."