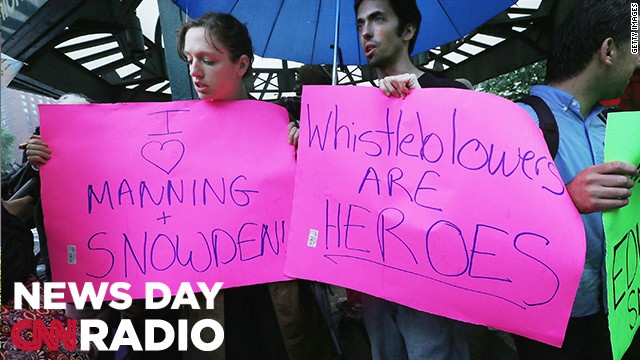 "While they may be intending to target someone associated with a foreign government or someone that they suspect of terrorism they're collecting your communications to do so. Any analyst at anytime can target anyone."

"When you've got somebody in a position of real access somebody you've really trusted with the important stuff they’re in a position to do a world of harm to you," he says.

"I would like us to be remembered for being honorable in the struggle that we've had since December 14. That we were courageous. That we worked together, that we helped each other. That we recognized that we're all in this together."