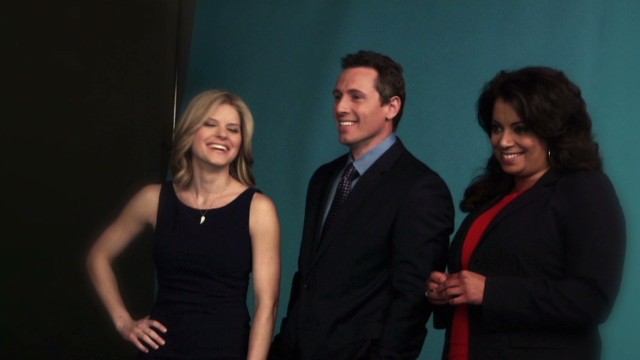 (CNN) – Do you start your day off by switching on the TV?

If you watch even just a few minutes of ABC’s Good Morning America, CBS’s This Morning or NBC’s The Today Show, you are among more than 13 million Americans who tune in, according to a 2012 study from the Pew Research Center on people’s viewing habits.

Millions more watch about a half dozen other shows on cable news stations including CNN's new morning show, New Day.

[3:22] “Television viewers want news but they also want entertainment or at least they also want personality. They want information to be served up by someone they like and trust and enjoy spending time with,” said Brian Stelter, writer for the Media Decoder, the New York Times's media blog.

The morning news shows, Stelter says, are a sort of daily reset for viewers' minds.

It's a lucrative time of day to produce a show. ABC, CBS and NBC together earn about a billion dollars in advertising revenue each year.