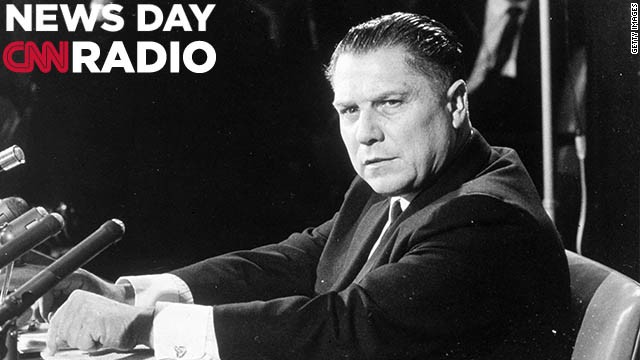 (CNN) – Today was a day of secrets revealed and secrets searched for. Here's what's waiting for you in today's News Day:

We got a look under the nation's cloak of secrecy today. General Keith Alexander, head of the recently much-talked-about National Security Agency, appeared before a House committee today to answer questions about its surveillance programs . He didn't give up the whole hog, but he did serve up some bacon. Alexander said that more than 50 terror plots were thwarted by electronic surveillance.

It's a story that has had too many chapters. Today, we look at the world of diplomats who bring domestic workers to the US, and then treat them like slaves. CNN's Libby Lewis goes inside the world of diplomatic trafficking and meets one of the women who was held against her will.

It's been a bad 38 years to be a field in Michigan. In 1975, former Teamsters kingpin Jimmy Hoffa disappeared outside a Detroit-area diner, kicking off an extremely persistent search. It seems that every year or two a new tip surfaces, causing investigators to dig up this field or under that barn. Now, a new "highly credible" tip about Hoffa's whereabouts has surfaced from alleged mobster Tony Zerilli, and a new round of Michigan field digging is underway.