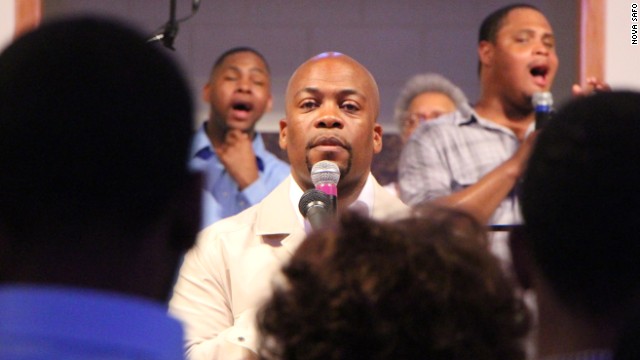 The caucus’ importance, and the public role black pastors are playing in the gay marriage debate, has brought to light the conflict within black churches and African-American communities over gay marriage and civil rights.

The issue is taboo at many churches, said Rev. Jakes, where pastors may quietly support gay marriage but dare not go public:

[5:53] “Many of them came and whispered in my ear: I support you man. But they won’t come out publicly, because you will be ostracized.”

Listen to our story above to find out more about the debate over civil rights and gay rights within the African-American church, and learn more about the historical context that is affecting today’s debate. Subscribe to this podcast on iTunes or Stitcher. And listen to CNN Soundwaves on our SoundCloud page.