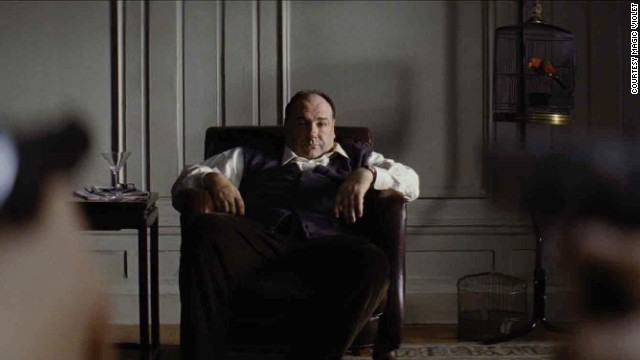 The heart of James Gandolfini

Editor's Note: Listen to our full interview with director Geoffrey Fletcher, with whom Gandolfini recently worked.

(CNN) - Imagine James Gandolfini as a man who is weary of the world – resigned to the fact that his remaining days will be filled with regret and longing. And yet, despite the resignation to his unhappiness, he still has embers of his humanity burning. He is not passive. He is trying to make things right until the very end.

He plays a character with no name – who spends much of his time in a comfortable chair waiting to be killed.

The description of that character, in the opening paragraph of this story, comes directly from the director of "Violet & Daisy," Geoffrey Fletcher.

In the movie, which Fletcher discusses with us at length in this edition of CNN Profiles (you can listen to here), Violet & Daisy, two teenagers, are hired to murder Gandolfini's character.

They come upon this resigned man who Fletcher considers one of the great actors of our time. What made Gandolfini such a powerful actor in Fletcher’s eyes?

“Jim was riveting while still.”

Riveting while still. Even, says Fletcher, when Gandolfini was not the focal point of the camera, you couldn’t take your eyes off him.

In "Violet & Daisy," a dark, funny, violent, hopeful, magical movie, Gandolfini was often still. But he remained, in his stillness, a man of powerful actions.

Here is one from real life: Geoffrey Fletcher says, early on in the movie’s production, a couple of years ago, he and Gandolfini were meeting in the lounge of New York’s Algonquin Hotel.

They opened up to each other.

They talked about their struggles breaking through in the business - the many odd jobs each had to take to stay afloat before they got their breaks.

And then Gandolfini shared a personal story, privately, which Fletcher felt compelled to share because it says so much about Gandolfini’s real character.

A friend of Gandolfini’s was in serious financial trouble and had come to him for money. Not a fortune. But a significant amount. Gandolfini told Fletcher he gave his friend the money. A day later, Gandolfini says he got a check in the mail for the exact same amount of money from his work on "The Sopranos."

A small piece of the heart of James Gandolfini.