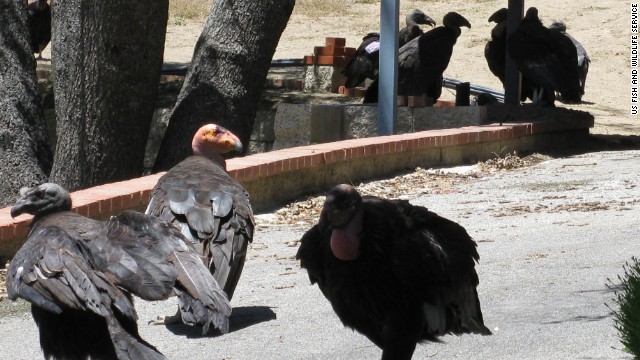 (CNN) – Forty years after the introduction of the Endangered Species Act, the California Condor is trying to reclaim its home. The problem is, humans have moved in.

Joseph Brandt, biologist with the US Fish and Wildlife Service's condor recovery program, said for the second year in a row, California condors have come back to roost in the mountain community of Bear Valley Springs, about 90 miles north of Los Angeles. Residents say the curious scavenger birds are wreaking havoc.

[1:26] "They’ll take apart anything plastic or canvas and just shred it. They shred screen doors."

These birds, that stand four-feet tall with wing spans of up to eight feet, can create quite a mess. One woman called the Bear Valley Springs police department to say her car was vandalized. The vandals it turns out, were condors and the graffiti painted all over the car was…not paint.